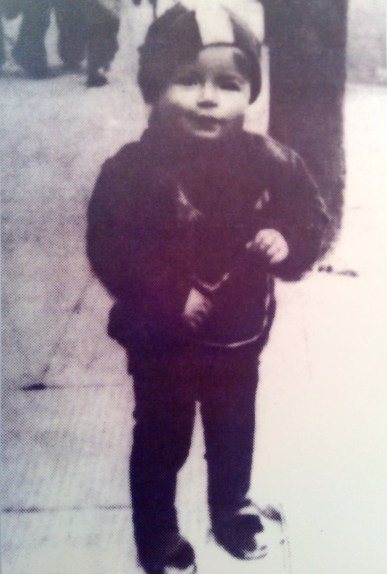 I long for you

I would like to celebrate and mourn a soul with you who was on the earth for a very brief time.

I learned about her when I rode the bike to work for many years. I regularly passed by the sign to a school with a commemoration site at Bullenhusener Damm, a street in Hamburg. I had heard about the events there before. In 1945, two weeks before the end of the war, twenty children had been killed there together with 28 Soviet soldiers and captives. I felt called to visit the site every morning I passed it. I rejected to go there for a long time.

On a Sunday, the time had come and I visited the commemoration site. In the exhibition in the cellar, I saw twenty little suitcases standing in for the children who had been killed. In them, there was the scarce information that passionate fellow Germans had collected in recent years. I only could look at some of the pictures and texts at a time.

In an adjacent room of the cellar, the kids had been killed. I could not go there. I left.

Months later I went to the site again. This time I went to the room of the killing. Flowers lay on the ground for the 20 children. Some of the girls and boys had been six years old, others 10 years old when they were murdered. All of them had been tortured before over months with so-called medical experiments by injecting tuberculosis pathogen.

I had to take a break taking that in. Just staring at the white wall. Wandering around seeking for guidance. I talked with the man on the books desk to connect to life. Just listening to a human voice. Just to be human.

When I had enough space in me again I turned to the 20 small suitcases. I knew I could not feel all children, it just was impossible. But I wanted to start with one. One child. Maybe I could feel it a little bit.

This is how I found Mania. I loved her beanie with the stripes from the beginning and I imagined they were white and red. Just looking at her picture and her open eyes made me want to hold her tight. She was born in 1938 in Radom, a town in Poland, I learned. Her father was shoemaker Shir Altman, her mother was Pola Altman. In 1941 the whole family was forced into the Ghetto of Radom. In the summer of 1944, the family was deported to the concentration camp of Auschwitz. In November 1944 Mania, 6 years old, was separated from her mum and brought to the concentration camp of Hamburg-Neuengamme. In the connected camp, the former school I stood in, she stayed with the 19 other children and some captives from the camp. She was murdered on April 20th, 1945, at the age of 7.

I need to pause here writing this. I feel my belly groaning, I am holding my breath. My legs feel numb. I have lifted up my energy from the ground. Pausing.

I have eaten something now and listened to Bruce Springsteen's „Everybody has a hungry heart.“ After crying enough my breath has more space again in my body. This is what I learned from psychotherapist Luise Reddemann, looking with both eyes; one eye looks towards the trauma, the other one to grounding and resilience.

I cannot feel all the children who had been killed with her. I want to start with one. Mania Altman.

Mania was here with us. I miss her. I long for her.