Initiation for Men in the 21st Century 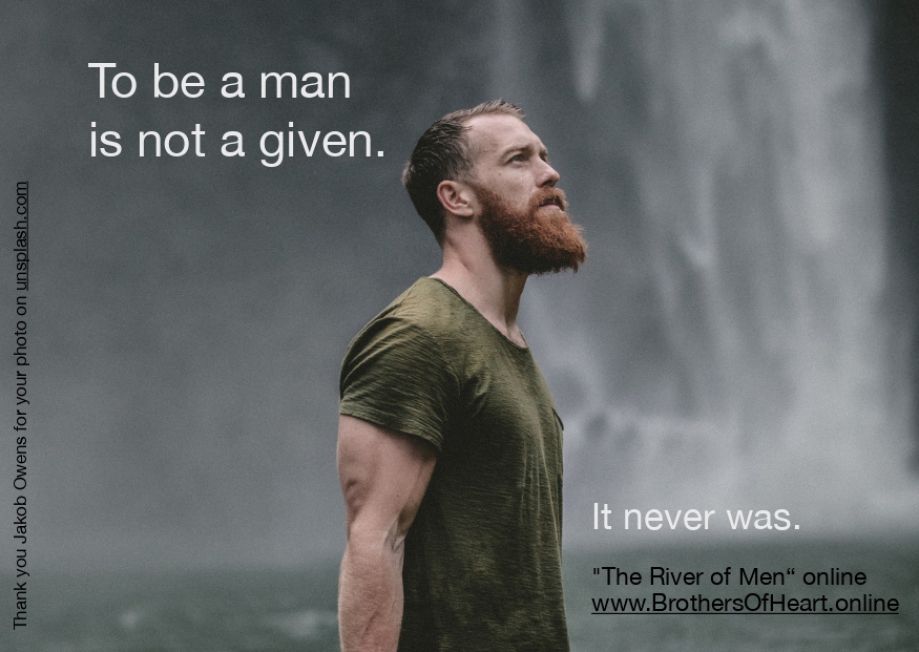 Flowing from one level to the other is the precious opportunity of men joining forces.Thank you, Timo Volz, for your beautiful picture on Unsplash.com

As the world changes fundamentally, men need not only a one-time initiation like in former times. In the fast-evolving 21st century, men need initiation into the true Masculine again and again in a constant stream of consciousness.

In former times, tribes were ruling humanity, and boys would be initiated into masculinity by other men in a once-in-a-lifetime ritual.

As mythologist Joseph Campbell writes in “The Hero with a Thousand Faces“:
"Initiation combines an introduction of the candidate into the techniques, duties, and prerogatives of his vocation with a radical readjustment of his emotional relationship to the parental images.“

Today in the western world, tribes do not rule anymore, and the true masculine seems to have vanished with them.

The world suffers deeply because of that.

Yet to find the true masculine again, we do not need to go back to tribal culture.

In fact, the shadow side of tribal culture unconsciously plays out to this very day in so-called civilized societies around the world as national borders and interests are reinforced by their de facto tribal leaders.

So it is not about going back to the roots as the consciousness then was limited.

As the world changes today, men longing to be initiated into the true Masculine, they do not need a one-time initiation anymore like in former times.

In the fast evolution of the 21st century that shows fundamentally now, men need initiation into being a man again and again.

Because I believe, to be a man is not a given.
It never was.

It only appeared like it as the societies were organized in a structure that put men, and women, into a rigid order.

Now, the order breaks open as it has never been broken open before.

In the fast developments of today, it becomes more and more apparent that being a man never was a self-explanatory being with given techniques, duties and prerogatives like in the old days.

In this groundbreaking time, the world shows a thousand faces each moment, and a hero needs an initiation into being a man not only once in a lifetime.
He needs it from moment to moment.

While the world changes, men today can stand with other men co-creating a river of the Masculine.

In this stream of consciousness, they are being constantly washed through and renewed themselves.

Only in the vital womb of a circle, he finds the techniques, duties, and prerogatives of his vocation he needs in every moment by getting reflections, the care, and the space of other men to manifest his potential.

As we are looking for means to co-create a caring world with a healthy Masculine, a circle of men is the ongoing initiation for men of the 21st century.

A hero today is not a single man anymore. A hero is born again and again in a community of men supporting each other.

Guardian of the Brothers Of Heart

More about "The Birth of Man" here